The family of England World Cup winning and Stoke City legend goalkeeper Gordon Banks have confirmed he has died.

In a statement released by the club, they say the 81-year-old passed away peacefully in his sleep overnight.

They said: "We are devastated to lose him but we have so many happy memories and could not have been more proud of him."

Banks, one of the heroes of England’s 1966 World Cup triumph, is widely regarded as one of the game’s greatest ever goalkeepers.

He was named FIFA goalkeeper of the year six times during his England career, during which he earned 73 caps.

Tributes are already pouring in for the goalkeeper, from the world of sport and beyond.

Jack Butland, who has followed in the footsteps of Gordon Banks by playing for the club and his country, is amongst those who have been to the bet365 Stadium today to pay tribute.

He said: "He was an incredibly generous and humble man, a family man, and a football man, who did everything to be best of his ability.

"I wanted to come and show my respects.

"Everything was such a blur I left the flowers in the car.

"It is important for myself to be here, but then turn attentions to tomorrow night in his honour, and win the game."

Fellow World Cup winner, Sir Bobby Charlton, said: "Gordon was a fantastic goalkeeper, without doubt one of the best England has ever had. I was proud to call him a team-mate.

"Obviously we shared that great day in 1966 but it was more than that. Even though I was on the pitch and have seen it many times since, I still don’t know how he saved that header from Pele."

The Football League has announced there will be a period of applause ahead of all fixtures from tonight until Sunday, in celebration of his life.

Manager Nathan Jones, CEO Tony Scholes, Stoke City players and Club staff held a minute's silence before training this morning in memory of Gordon Banks OBE, who has passed away at the age of 81. pic.twitter.com/bMOCb7yU9O

Bishop of Stafford, the Right Revd Geoff Annas: “Leaving aside his achievements in football, Gordon Banks was a true gentleman who worked hard for the well-being of so many in Stoke and North Staffordshire through his support of a number of charities.

"I have been at many functions when his arrival has sent a buzz around the room - he was so popular. My thoughts are with Gordon’s family and his many friends."

Philip Atkins, Leader of Staffordshire County Council, said: “Gordon Banks OBE was a legend, revered by football fans in Staffordshire, England and around the world, yet everyone who met him would say that he was the most humble person, someone who had time for everyone.

“Throughout his battles with illness he maintained his dignity and still found time to help others, including many charities. He may not have been born in Staffordshire, but he made it his home and he will be sadly missed by the many, many people here who knew and respected him.”

Sad news about Gordon banks who was an absolute gentleman and a true legend pic.twitter.com/wVc5JqqTxF

We are deeply sorry to hear of the death of @England World Cup winner @thegordonbanks.

He was one of the game's greatest goalkeepers, a provider of stunning World Cup memories & a gentleman.

Our thoughts are with his family & friends. pic.twitter.com/tsD4c71Ixt

Flags at Town Halls in Stoke (pictured), Hanley and Longton have been lowered to half-mast in tribute to Gordon Banks

We are all very sorry to hear the sad news and our thoughts, sympathies and condolences go out to his family pic.twitter.com/DTKpGZCb4P

Sad to hear that Gordon Banks has passed away at the age of 81.
Had the pleasure of meeting him a number of times and he was one of the game's true gentlemen, not to mention one of the greatest goalkeepers of all time.
Rest In Peace. pic.twitter.com/yj4JYZIaag

Very sad to hear the news that Gordon has died. One of the very greatest. Thinking especially of Ursula, Julia, Wendy and Robert. Sad for football, Stoke City and for England fans. Will be very sadly missed. https://t.co/qO1S3BGtlB

Oh no. Gordon Banks, an absolute hero of mine, and countless others, has died. @England’s World Cup winner was one of the greatest goalkeepers of all time, and such a lovely, lovely man. #RIPGordon

Everyone at Trentham is saddened to hear of the death of Gordon Banks.
A regular smiling face walking around the gardens, he'll be missed by staff and visitors alike who were in awe of this humble legend.
Our thoughts are with his family at this sad time. https://t.co/nhWGIIwyFW

of course there was THAT save, but its so much more we are mourning today. RIP Gordon Banks. @England legend, your legacy will live on. All my thoughts with the family pic.twitter.com/iyAKdH2Mfm

What a legend Gordon Banks was the save from Pele is one of the most iconic moments in football. Met Gordon a few times and like all the class of 66 a real gentleman. This is one of my most cherished possessions RIP GB pic.twitter.com/4JUj3yNnpX

The club are extremely saddened to hear the passing of 1966 World Cup winner, Gordon Banks OBE.

Football has lost a true great. Our thoughts and prayers are with his family and friends.

Everyone at #CreweAlex sends their condolences to the friends & family of Gordon Banks.

It is with great sadness to hear that Gordon Banks has passed away. Gordon has helped raise thousands for UHNM and in particular the Children’s Wards. He frequently visited wards and cheered up patients. He will be greatly missed by all of us at UHNM. pic.twitter.com/YwIwTWuoFd

Some terribly sad news this morning as World Cup winning goalkeeper Gordon Banks has passed away aged 81. A footballing icon, a Stoke-on-Trent legend and a thoroughly nice guy. His save against Pele will probably go down as the greatest save ever made. RIP.

Sad news about Gordon Banks who I had the pleasure to meet on a few occasions. A gentleman and a football legend RIP 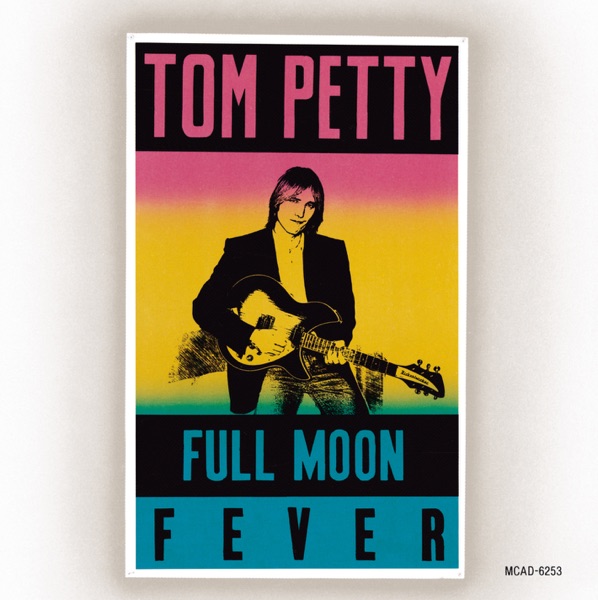 Tom Petty - I Won't Back Down